We live in a highly globalized and technologically advanced world where it’s actually possible to see your company grow big and reap success in both domestic, as well as international markets.

The one thing you need is a groundbreaking idea turned into a great product. You also can’t do without the right kind of business strategy and a lot of man-hours put into the process.

And last, but not least – in order to establish your company abroad and reach full business potential in the foreign markets, you need good localization.

Why localization matters for your business

Here’s the bottom line – even if your product or service is just what the customers demand, people won’t buy it if they don’t understand it. For example, 87% of consumers who don’t speak and can’t read English won’t consider buying from an English website.

Whereas 75% of customers will most likely purchase the goods if the product information is available in their native language.

The thing about localization that makes it fundamental is that it doesn’t simply mean translating a piece of text. On the contrary, it’s an entirely thorough and complex process that adapts your product to its target audience taking into account the consumers’ characteristics, their culture, and their desires and necessities.

So, which industries, in particular, would benefit from localization?

The short answer is – all of them. If you’re trying to export your product or service and grow internationally, localization will help you overcome socio-economic and political barriers, increase brand relevance, and reduce the potential risks in the target market.

With that in mind, there are 6 industries that absolutely need good localization, and they are as follows:

According to Statista, more than 180 billion apps have been downloaded from the Apple App Store, and the most popular category by far is games. As a game developer, you simply need to figure out ways to stand out and pick the user’s attention, otherwise you risk staying unnoticed.

Localizing your game is definitely the first step to success. First off, a localized game has a much higher chance of being installed because if the users can understand what the game is about, it’s easier to decide whether they want to play it.

For example, after localizing their game Dig Out! in 10 languages, digital game developer ZiMAD noticed an impressive 32% increase in their conversion rates.

Another thing to keep in mind is that the gaming industry is soon to face some major changes. With the release of Apple Arcade and Google Stadia just around the corner, the 138 billion dollar gaming industry is steadily moving towards a subscription-based business model. The gamers will no longer purchase or download the games, but will log into their accounts and stream them.

Predictions are that this trend will significantly grow the market of players, inject a fresh supply of games to meet that demand, and lead to more game localization. So, if you want your product to reach those streaming gamers, it’s time to start localizing.

For many developers, English is considered the global language for software. What’s more, nearly 20% of the whole world’s population speak the language. This raises the question – why would you invest in localizing your software or app if customers can use the one version in English?

The thing with software and apps is that most global markets will not embrace your product if you don’t embrace their local culture. So, developers need to carefully localize the language, colors, images in order to make sure the product makes sense with the target area.

Besides, if consumers come into contact with highly specialized or technical phrases displayed in your product, chances are they might get confused and drop it altogether. And that’s a risk you shouldn’t take.

In the end, you might be surprised how well your software or app will do when localized. Harlem Shake Yourself app is yet another example confirming the benefits. After localizing only the keywords, name and description of the app, the number of downloads increased by 767%.

Not to mention the study called “The Impact of App Translations” which found that localized iPhone apps reported a 128% increase in download rates, leading to a 26% boost in revenue. So, what have you got to lose?

With the Internet supposedly being borderless, there is one thing that can prevent an otherwise perfectly functional ecommerce store from penetrating new markets, and that’s language.

Statistics show that Europeans prefer shopping in online stores in their native language, and 42.5% of them won’t shop at a store at all if the product information is unavailable in their native tongue.

E-marketplace participation is even trickier in Asia and the Pacific where there are huge numbers of potential customers, but many people, especially the older generation, lack English proficiency. In India, for example, there are 22 official languages, but only 10.4% of the total population speak English.

Now, imagine you localized your ecommerce store into 11 languages. In that case, you’d be able to target 88% of all customers in the world. As you see, the benefits are enormous.

Localizing your e-commerce store and having a tailored approach to each target location will help your shop stand out in an oversaturated market. And if you’re still not sure, take a look at some of the big e-commerce companies like Amazon that also localize their website and offer a different design for different markets.

Tourism, hospitality, and leisure is yet another global industry that requires localization. After all, can you imagine any travel company that would succeed by communicating only in one language? We thought not.

Here’s the thing: for tourists around the world, the first point of contact with their travel agencies, airlines, or booking platforms is often online – be it on your website, a review site, or through email.

This is why it’s essential to speak your clients’ language right from the start and show each visitor that you truly understand them and their needs. As studies show, adapting the website to the target culture with the help of localization leads to a positive perception of the site and enhances the customers’ intention to purchase.

In the end, nobody wants their trip ruined by miscommunication. People will be far more willing to book a flight, a hotel, or a tour when provided with clear information in their native language – or at least a language they understand.

If you want to see why localization is important for the entertainment and film industry, just take a look at Hollywood movies that have been able to build audiences abroad and achieve success by adapting the product to different markets.

Localizing a film or TV series is actually a rather complex process. It’s not just about translating the product into another language or adding subtitles. In addition to that, it means adapting symbols and connotations, translating cultural references, and even navigating your way around potential censorship issues.

For example, localizing Iron Man 3 for the Chinese market meant including an additional 4 minutes of footage to show the filming locations in China, as well as the appearances of Chinese actors, like Fan Bingbing and Wang Xueqi.

Another successful case of localization is Netflix. Sure, they have an incredibly impressive content library that makes this entertainment platform attractive for TV-bingers around the world. But they also have an impeccable localization strategy in place that allows Netflix to scale in other markets and drive market share.

First off, Netflix adapts the advertising to coincide with the cultural norms of the area. In addition, the platform also transcreates its content – meaning that they adapt the message and content from one language to another suiting each cultural background while maintaining the same style, context, and emotional implications.

Financial services including banks, insurance, and accountancy companies comprise one of the most dynamic and internationalized industries in the world. In addition, they often require language services.

One might think – what is there to localize if the industry relies largely on numerical data?

Now, imagine that you’re creating reports, data sheets and calculations. How can you make sure that your partners on the other side of the globe will understand that spreadsheet the same way you do?

Localizing within the banking and financial industry will help you ensure clear and effective communication, strengthening relationships and trust with potential clients and partners.

Financial materials are also of highly sensitive nature, so it’s crucial to work with a language service provider that can provide adequate data confidentiality, security, and compliance with the industrial and legal standards of the target location.

Localization is the cornerstone of great customer experience in foreign markets and a powerful strategy to adopt in order to grow your brand across borders.

So, if you’re thinking of exporting your goods or services to foreign markets and you’re representing one of the industries mentioned above, it’s time to start looking for a localization partner. 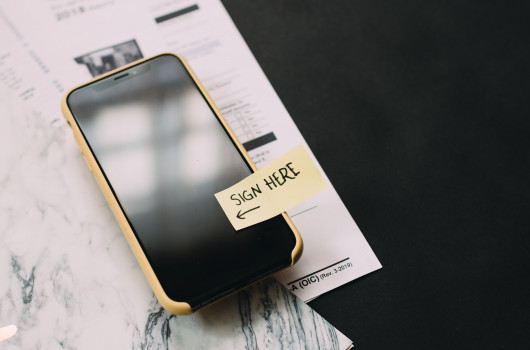 Where trust is at the heart of every transaction, customer relations play a vital role. To avoid confusion in a complex industry such as legal tech, localization is a must! 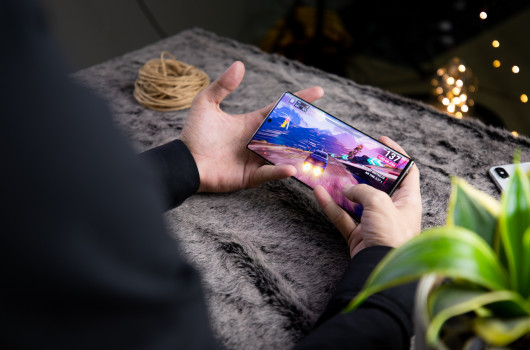 Translations are a big part of video game development, but it's not an easy task to tackle. Learn the best practices and strategies from industry experts. 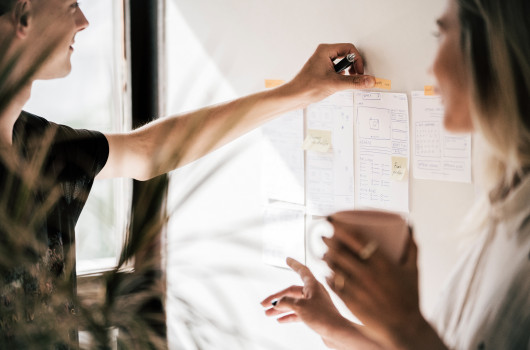 It's not only about unlocking the hearts of a new audience through its native language. It's also about resonating with it through cultural knowledge and background.